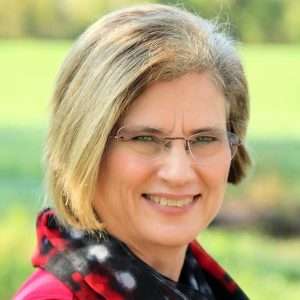 I was born in LaCrosse, Wisconsin. I grew up in a Nazarene parsonage. My father pastored in Wisconsin, Kentucky, Ohio and Kansas. As a child I always loved the church, and truly had a great experience growing up in a parsonage. I was always sensitive spiritually, and at age five accepted Christ as my personal savior. Even though I had lots of ups and downs, growing up, I have basically stayed true to Christ to this day. I was filled with the Holy Spirit while a sophomore at Mount Vernon Nazarene University, and confirmed a call to preach at that time as well. I graduated from Mount Vernon in 1981 (BA) and then Nazarene Theological Seminary (M.Div.) in Kansas City, Missouri in 1985.

Also in 1985, I served as an assistant pastor in the United Methodist Church. However, my heart was still with the Nazarenes, so in 1985, I accepted a call to be senior pastor of the Bowling Green Church of the Nazarene in Bowling Green, Ohio. Within a year, though, I married a wonderful young man that I had met while in Seminary named Alan Duce. We became co-pastors in the same place, in 1987, at Bowling Green, after our marriage. We had two great kids, Laura and Samuel. The co-pastorate was a unique set-up and allowed Alan and me to divide time between child care and ministry.

We began our second pastorate in 1995 in Monroe, Michigan. In this assignment, we felt that a better way for ministry effectiveness was for me to assume a staff position according to the needs of the church. Although I served as an associate, we continued to share the pulpit. I functioned as a children’s pastor, in addition to assisting Alan in other pastoral duties. I also became very dedicated to the training of persons called to professional ministry. I was the chairperson of the Ministerial Studies Board for the Eastern Michigan District. I also taught in the Bible College Alliance program on our district.

In March of 2003, Alan and I each accepted invitations from Dr. Hiram Sanders to teach full-time at Nazarene Bible College. We resigned from the pastorate in Michigan and moved to Colorado Springs in 2003. In the Fall of 2005, I began working on a PhD. in Religious Studies, specializing in Theology, Philosophy and Cultural Studies in the Joint PhD Program at the School of Theology and the University of Denver. We were on the faculty full-time until 2009. In 2009, we were called to minister here in this wonderful church and community. I am on staff as an associate pastor.
I enjoy hiking, skiing, reading, golfing, traveling, bicycling and movies. I also don’t like to be too far from a fresh cup of coffee, which is best when in the company of good friends. Most of all, I relish time with my husband and children. Yet, my greatest joy is in serving my Lord Jesus who continues to save and sanctify me by his grace. 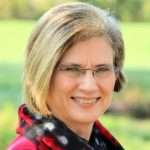 © Copyright 2019: Richfield Church of the Nazarene